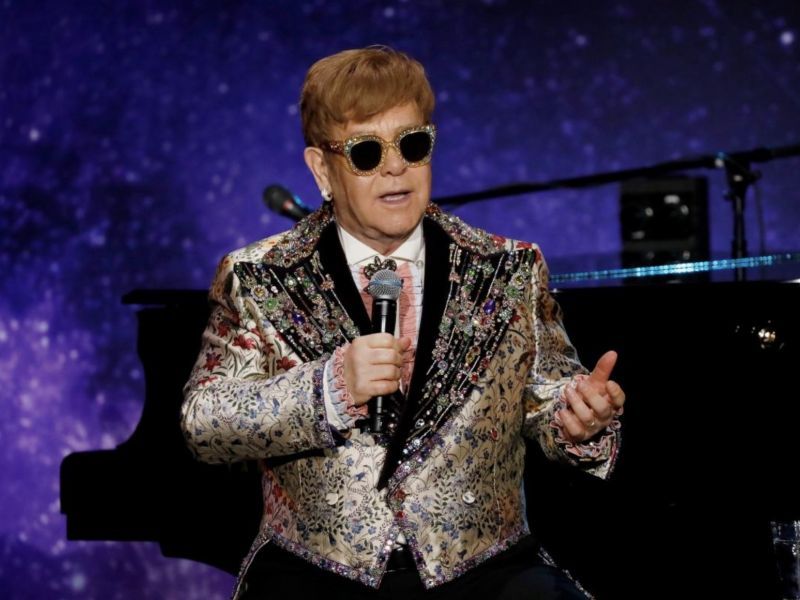 British pop musician Elton John said on Wednesday he is quitting touring after nearly 50 years, but will perform one last world tour starting in September 2018.

The 70-year-old singer, one of the best-selling recording artists in the world, told a news conference in New York that his priorities have changed after becoming a parent to two children with his husband David Furnish.
"I love them so much. I don't want to miss them and I don't want them to miss me," he said. "I've had a good run."
He said the tour would last about three years and take him all around the world.
Slideshow (5 Images)
"It will be a wonderful way to thank people," he said. "It's a way of going out with a bang."
John made the announcement at an event that was promoted with the tagline "I've finally decided my future lies...." using the lyrics of his 1973 album and single "Goodbye Yellow Brick Road."

He denied British media reports that he was quitting touring because of ill health.
John is due to perform at the Grammy Awards in New York on Sunday, and on Jan 30, musicians including Miley Cyrus, John Legend, Chris Martin and Sam Smith will pay tribute to his music and career at a previously announced special concert in New York City.
Reuters : Alicia Powell